I woke up late today, kinda. I woke up AT 4am and couldn't really get back to sleep until after 6:30. I had to piss initially then all the noises kept me up. There were weird popping noises in the trees, strange wind music, and of course, a fog horn. The wind music and the popping noises were freaking me out. I think the noises in the trees were seeds. As for the wind music, I have no idea. I could hear it all over the park. I think it might be coming from the lighthouse but I doubt it.

By the time I got going it was 10:30. The ride initially went through hills, lots of rollers. The roads seemed to be logging roads which were paved and now serve rural homes. They had names like 7 devils and whiskey run. When I got back on the coast at Bandon the views were spectacular. I took some pictures at the state park at Face Rock. The rock looks like a woman's face rising out of the ocean.

In Langlois I stopped at a market for one of their "famous" hot dogs. Honestly it lived up to the title. It was a short dog served with homemade mustard and pickles. I also got an ice cream cone. Man did it hot the spot!

Port Orford was the next remarkable spot. Going into town I crossed the 300 mi. marker for hwy 101 so I took a picture complete with a neat hubcap that I found on the road. There was another picture opportunity as the road took a bend in the town. I rode up a side road that led up to an amazing view of the ocean. I took more pictures and kept riding on.

About 6 mi. down the road I came to my camp for the night, Humbug Mt. State Park. This is where the trio of bikers from two nights ago were headed to. Honeyman to Humbug in one day! I got to see the sunset for real today. I packed up my dinner for the evening and cooked it on top of a boulder overlooking the ocean. It was kinda cold and really windy but I'm glad I did it.

Later I met a man in the hiker biker camp that was on a truly epic tour. He started in San Diego, rode the southern tier, Appalachian route, northern tier and now he's headed south to places in northern California. He was an interesting guy. We chatted about a bunch of stuff. As always I find that I do a lot of comparison of riding style. 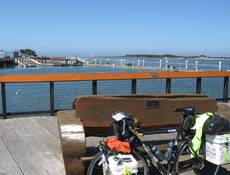 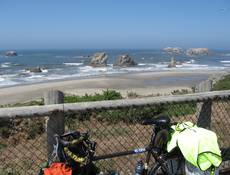 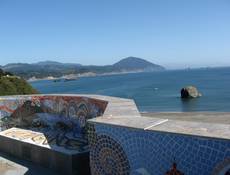 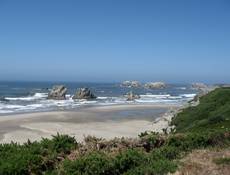 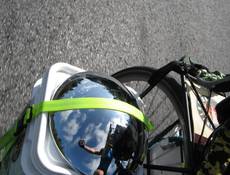 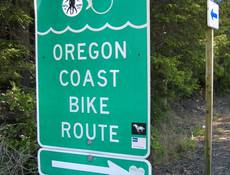 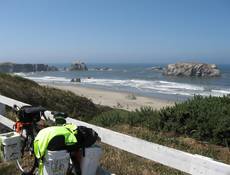 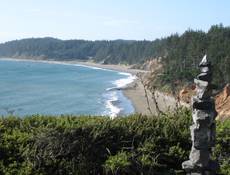 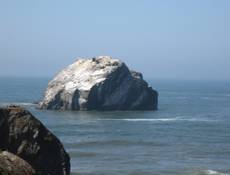 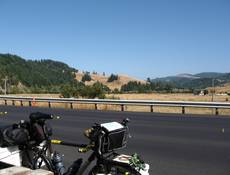 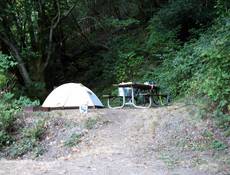 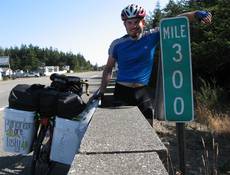 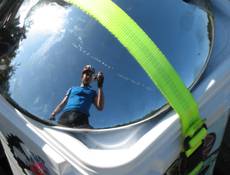 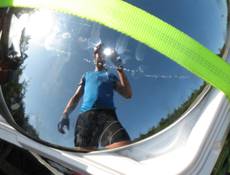 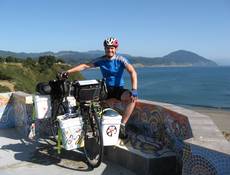