Update to Day 3: I got an unexpected surprise yesterday. I met a couple that was hanging out around the boat launch all day. They had planned on meeting their grandson but he had to cancel due to weather. Before they left for the day they gave me their left over firewood and beer! Upon receiving such an unexpected bounty I walked up and down the shore collecting live oysters. Then I built a fire and grilled the oysters, all while enjoying three refreshing Coors Lights. It was an amazing evening.

This morning I was awakened by people harvesting oysters at 4am. The park ranger had warned me about this. The tide was exceptionally low so the local tribe had organized some kind of oyster harvest. I laid in my sleeping bag listening the the tribe members plonk oysters into buckets for about half an hour before I decided I had to get out of my tent. I packed up and left by 7am. Unfortunately my laundry from the day before wasn't dry so I had to ride with wet socks and my street clothes to a laundromat in Shelton so I could dry them. I need to figure out a better way to do laundry.

I made good time to Shelton. I got there at about 10? Doesn't seem right. I was really trying to push myself today. My average was up plus I rode my butt off in distance! Almost a century!

Most of the riding was in farmland which was good scenery and very quiet. Also, very flat. It really lifted my spirits. I started taking more pics and updating Facebook because of it. I saw a guy building a literal tree house today and got pooped on by a bird. Ya win some and ya lose some.

At 1pm I got to Elma and decided to keep pushing to Centralia. I'm glad I did. Today was like covering two days in one!

As a result of the good effort and bad weather previously I decided to live in luxury and stay at the Olympic Club Hotel. It's one the the McMenamins hotels. Their hotels are all restored historic buildings. The Olympic Club used to be a gambling hall and brothel, cool. The shower was excellent. So was the food. The family came up and it was really good to see them. They brought a lot of stuff for me. So much that I had to turn down most of it.

Anyway I'm about to pass out so I'm cutting this off early.

Note: The last section of my diary was left minimally edited to preserve the evidence of how I was feeling. Which was utter exhaustion. My room was right above the movie theater which was playing Terminator 3, the final action sequence. Even with all the racket going on I passed out before my head hit the pillow.

The exhaustion was caused by riding 90 miles in one day and seeing my family. My mom, dad, sister, cousin and my cousin's husband came up to visit me. We ate dinner at the McMenamins pub and came up to my room afterward. My mom gave me a giant bag of goodies for the road. She gave me so many I had to refuse some because I couldn't carry all of it. I got some extra clothes, protein bars, banana bread, and most importantly: a mascot for the trip. The mascot was an Incredible Hulk action figure that clapped its hands when you press a button on its back. I tied him to the front of my front rack. The standard joke I came up with was that he helped me get up hills. 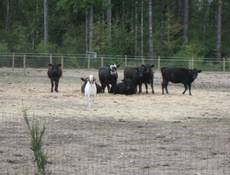 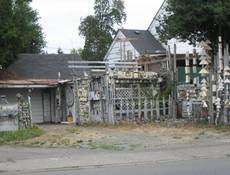 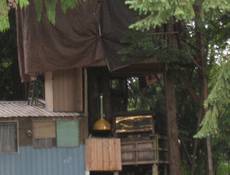 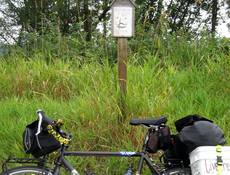 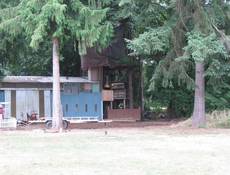 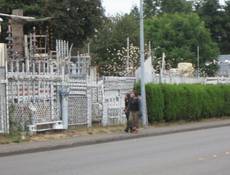 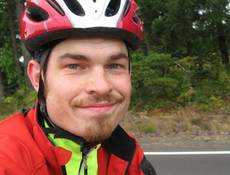 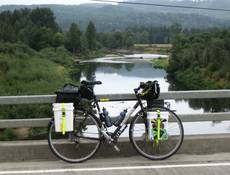 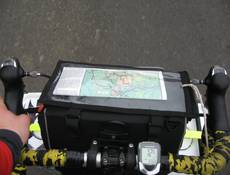 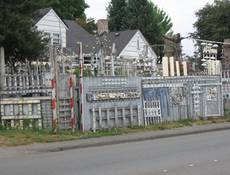