Getting going this morning was tough. I got spoiled with the showers and a real bed. Not to mention not having to worry if my things were dry. I didn't really eat breakfast. I had a slice of banana bread and one of the crazy protein bars mom got for me. Plus it was really cold this morning. So cold I could see my breath. So all this made for a bad morning ride. Which made this mornings hills hard to deal with as well. All in all today my mindset was crap. Especially when compared to yesterdays amazing ride.

The weather finally turned around today. After the morning clouds burned off the sun came out and it got hot! Not too hot, I don't think it crossed 80 F. It was nice to see farmlands and forest in the light. Unfortunately the scenery wasn't as nice as yesterdays. There were a lot of depressingly poor farms along the way. I did find a few things to take pics of but not much.

In the morning there was a cute little dog that started to follow me. I got his picture and a picture series of an old ad on a barn. The ad was for a tonic prescribed by Dr. Pierce for 'weak' women. I couldn't help but think about all the bad associations that could go along with that statement.

Initially I hadn't intended to ride as long as I did but I got to my initial destination at one and decided to press on. Shocking. It was against a fair bit of better judgement too. The ride so far had been through flat farmlands with one hilly section. The next 40 mi. or so looked like the hills could get worse. and they did. The farmland gave way to ranch land and the rollers that go along with it. At one point I actually climbed enough that the map had the elevation change marked (the marks only come every 500 ft). Thankfully the hills were not steep, just long and numerous.

I'm developing my first blister and saddle sore! I'm hoping that short ride tomorrow and a rest day after that will cure the sore. The blister will get moleskin tomorrow and be fine I think.

On a side note, the sun finally charged my Solio solar charger! Combined with the new charger for my phone I got from mom I'm doing well in the electronics department. She also gave me a Hulk action figure (among many other things). I tied him to the front rack so he'll lead the attack on hills.

I'm camping tonight on the banks of the Columbia River! I stopped at the County Line Park in Wahkiakum County. The park is kinda crappy but it's free for me. The host dropped by and said they didn't make bikers pay! Not that I had intended to anyway. I'm attempting the laundry thing again today. If it doesn't dry I'm just going to hang it from my buckets and let it dry while I ride. I only washed today's clothes so this shouldn't be a problem. 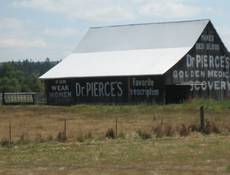 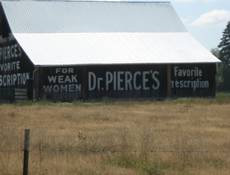 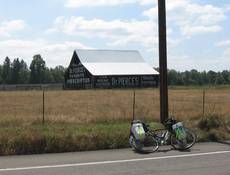 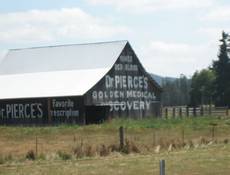 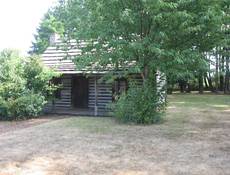 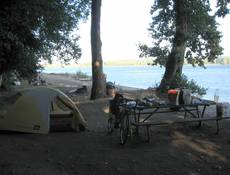 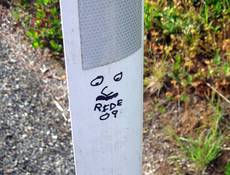 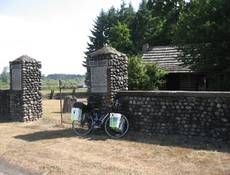 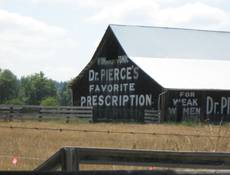 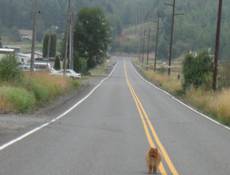