Cape Lookout SP to Newport, OR

Cape Lookout SP to Newport, OR

Today is my second rest day. I skipped writing yesterday because I was out late with aunt Gretchen and cousin Emily.

Yesterday I got up at 6:30. All the bikers in the area were still asleep. I had plans to ride with them to the Pelican Brewery so I hung around. I'm glad I did because I took a longish walk on the beach to where the beach ended at the base of a cliff. It was really cool. The water had eroded hollows in the cliff and the ricks were lined with mussels, barnacles, and some other kind of filter feeder that I dodn't recognize. The waves were making crazy pools in the sand too. All of the pools were connected and slowly draining out to sea. Every now and then a big wave would come up and refill some of the pools and change how they were connected. I could stand all day looking at them and trying to figure out how they were created. I couldn't linger too long, I wish I had more time.

I ended up riding with only one other guy that day. The girls were sick so they decided to go back to Portland. The morning ride was killer. Right off the bat there was a hill that was bigger than any I'd ever ridden up to this point. It was over 800 feet tall! Then there was another one that was about 600 feet tall!

After those two monster hills we stopped at the Pelican Brewery in pacific city. It was really good. I had a saison and a Reuben sandwich. In hindsight I wish I had eaten more.

I ended up riding slow the whole day. I blame it on not eating enough. After heading out from Pacific City I followed the guy I was with for a while but he was better at climbing hills so I soon lost him. At the time that I lost him there was another epic hill, 750 feet high. This time the hill was on 101. I had the option to take a more scenic route but I chose not to. I wish I had opted to take the scenic route. It was five miles longer but according to the Oregon Coast Bike Map it was the same elevation gain which would have been easier because it was spread out more. Plus I wouldn't have had to ride with all the traffic. Grr!

After that hill the ride got easier. I reached Lincoln City and too a road around a lake to bypass most of traffic. It was nice but full of rollers and there wasn't any place to get water. I stopped at a state park thinking I could fill up but there were no working faucets. A guy in a truck saw my dilemma and gave me his water! I was really glad to have it. He was a really nice guy. We swapped stories about riding bikes then I was off.

I kept riding on 101 till Otter Rock. That "town" had a road that followed the hwy but did so right along some crazy cliffs. It was so neat. I couldn't really enjoy them because I was so darn hungry and I was literally riding in a cloud! I ended up stopping at a pullout and eating some trail mix. A little bit later I reached Devil's Punch Bowl. While I was there I bought some coffee and chatted up the woman running the stand. We talked about the weird weather. She also said someone had seen orcas off the coast that day.

After those stops the riding was much easier and faster. I think it was all from the food and drink. By the time I reached Newport it was about 6 pm and I got my second flat of the tour. I tried pumping it with out fixing the flat twice before I finally stopped riding. I was at a bike shop and hostel that my aunt Gretchen told me about. Unfortunately they were closed. I fixed up the tire in their parking lot.

Aunt Gretchen picked me up at the closed bike hostel and took me to her place. After a shower and a change of clothes we went out to eat with her daughter, my cousin, Emily. It was really nice. After that we came back to her place and I crashed out.

In the end I decided to make the next day my second rest day. I did a lot of resting that day. I ate breakfast at my aunt Gretchen's place then I went to the Rogue pub for lunch. My cousin Chris was working there and we made plans to go out later that night. Gretchen also showed up for lunch so it was a great time.

After that I watched some people filleting fish on the docks and went to the library. I tried to post a bunch of photos on Facebook while I was there but it didn't work. About that time mom showed up with her friend Jeri.

We went down to the beach and flew kites for a while after that. It was relaxing fun and I got some goodies from mom before she left.

Later that night I met up with my cousin Chris for drinks. We ended up going all over town and I got hella drunk. I really picked up on the small town vibe that night.

I'm actually writing this the next morning (typing it two years later). I'm about to pack up the last of my things and head out. I am unfortunately still feeling the effects of last night. Hopefully I'll still ride well. 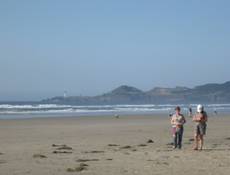 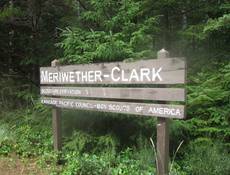 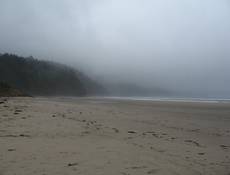 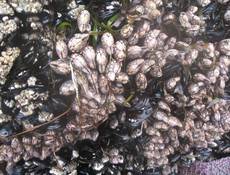 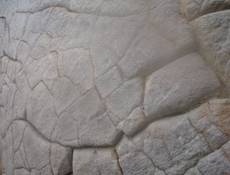 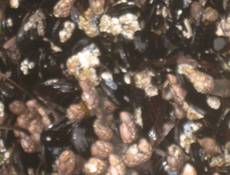 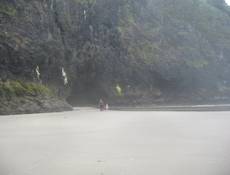 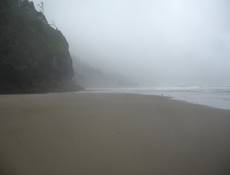 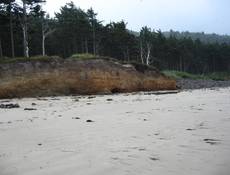 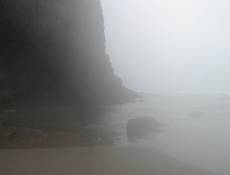 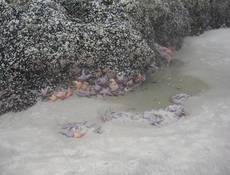 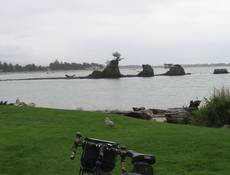 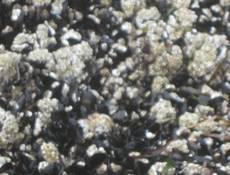 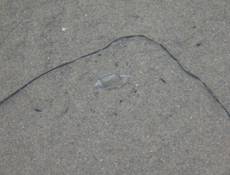 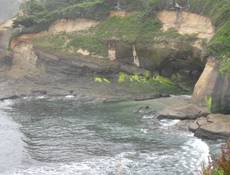 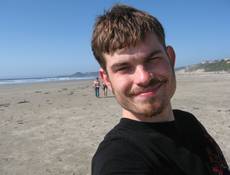 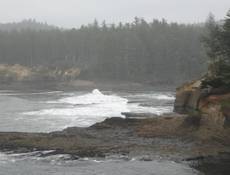