The stats for today include a trip back into town. 57 miles was the original ride total. Also the average miles / day includes miles from rest days but not the days themselves.

The day overall was ok. Riding was good, mostly. I did catch some of that tailwind but not as much as I did yesterday.

I think I started riding at 8:30 this morning. I made decent progress till the first stop for coffee in Reedsport. It's an industrial town, no charm at all. I saw a trio of bikers at the coffee stop who were at Honeyman last night. They were pulling a century today! I'll be doing the same distance in two days. Hearing that made me reevaluate my pace. I constantly hear people say 50 mi. per day is a really easy pace. I think it's fine. For the kind of tour I'm doing 50 miles per day is reasonable. A lot of it has to do with the route along the way I think. If there were more places to linger I think I'd find 50 miles a good distance. Also I'm locked into the available campgrounds as well. Right now I'm only staying at parks with hiker-biker sites and showers. That has forced me to conform my distance each day. Ideally I'd like to do 60 - 75 miles per day. Perhaps I will in California.

The scenery along the way was mostly forests. Every now and then I'd see the dunes too. I rode alongside the OR Dunes National Recreation Area for the majority of the day. I stopped once at a park on the edge of the dunes. I took a couple pictures but they didn't do them justice I think. They are so foreign! they look like scenes from Lawrence of Arabia. I never even got to see them properly either.

While riding along the dunes I stopped at a weigh station and discovered that my bike weighs 250 pounds! Thankfully it's well within all weight restrictions.

The next stop was North Bend/Coos Bay. To get there I had to cross an especially windy bridge. The Adventure Cycling map said to walk across and I am real glad that I did! I had trouble controlling my bike while walking, I can't imagine what it would have been like to ride it! The towns after the bridge remind me of Bremerton without the naval base. I stopped at a Safeway to pick up some groceries. Strangely the store had WiFi so I could get on the net while I shopped. I found a brewery in town; got my heart set on going there; then had my plans ruined when I called them and heard that the number was disconnected. As consolation I went to a Chinese buffet instead. It was pretty crappy. I got to eat frog legs there but they were over cooked.

After riding through some more small towns I reached my camp for the night, Sunset Bay. Aptly named in my case because this is the first time I've actually seen the sunset over the ocean. I nearly missed it too. I showed up just after eight and caught the last minute of the sunset.

Tonight I'm alone in the camp. I think it's an unpopular site for hiker-bikers.

P.S. Should have brought long johns and a larger towel. 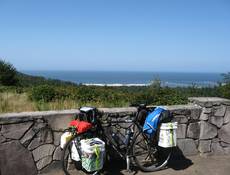 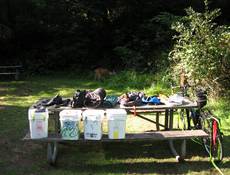 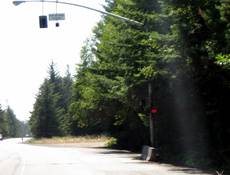 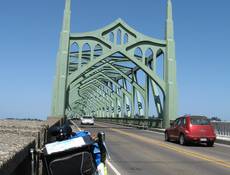 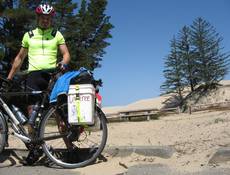 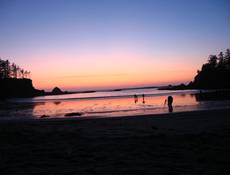 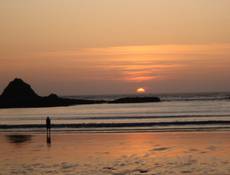 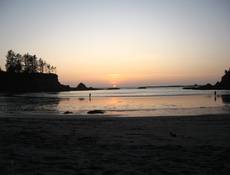 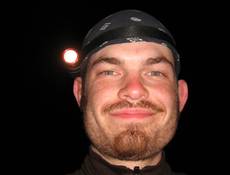 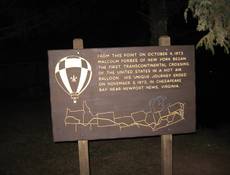 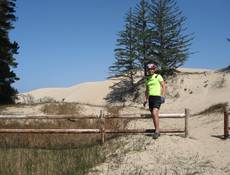 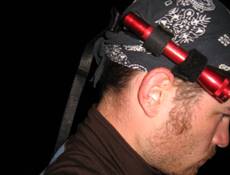 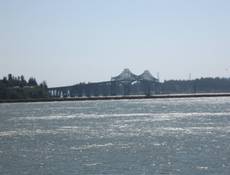