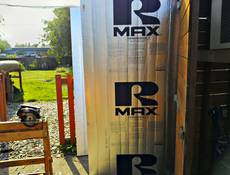 The insulation used for the project. 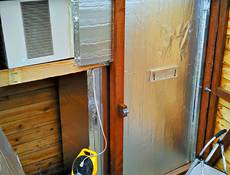 Finished! All that is needed is a control unit. 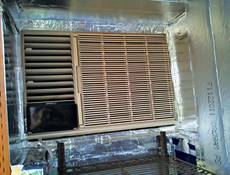 Taping the edges of the AC. 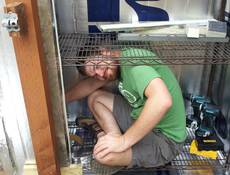 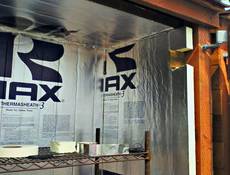 Installing the walls around the shelving unit. 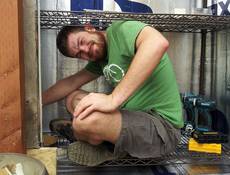 Work toward the end was very cramped. 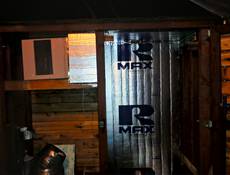 The end of the first day. The AC is covered with insulation as well as the back wall. 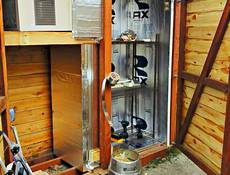 Nearly completed, fine details and a door remain to be finished. 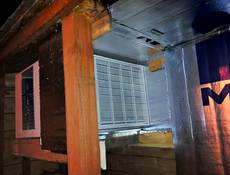 Begining the build around the AC.